Hisdesat Servicios Estratégicos S.A. was founded in 2001 as a government satellite services operator to act primarily in the areas of defense, security, intelligence and foreign affairs. Since 2005, we have been providing secure satellite communications services to government agencies from various countries, and after the successful launch of PAZ in 2018, ground observation, as well as maritime traffic information (AIS) satellite constellations. Hisdesat is an international commercial provider of X- and Ka-band satellite communications services for government applications only, both military and civilian. 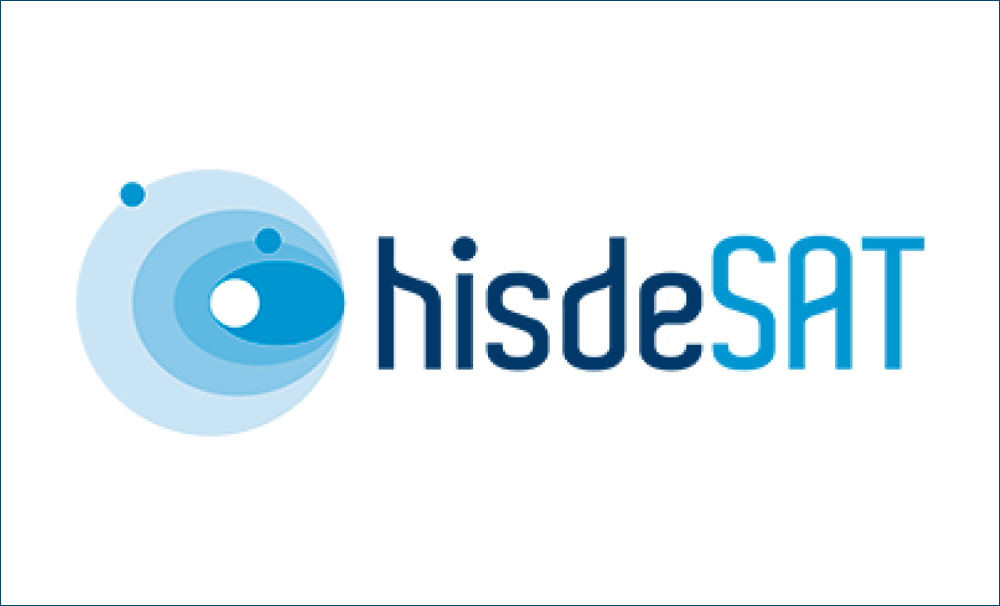 Hisdesat Servicios Estratégicos S.A. was founded in 2001 as a government satellite services operator to act primarily in the areas of defense, security, intelligence and foreign affairs. Since 2005, we have been providing secure satellite communications services to government agencies from various countries, and after the successful launch of PAZ in 2018, ground observation, as well as maritime traffic information (AIS) satellite constellations. Hisdesat is an international commercial provider of X- and Ka-band satellite communications services for government applications only, both military and civilian.

The launch in 2006 of SpainSat, the second satellite in Spain’s government communications program (SpainSat and XTAR-EUR), helped Hisdesat to consolidate its secure communications offerings both nationally and abroad.

SPAINSAT NG Program
It comprises two satellites, SPAINSAT NG I and II, which will be located in different geostationary positions (29ºE, 30ºW) to operate in the X, military Ka and UHF bands.

The communication payloads of both satellites are provided by the Spanish industry, including the integration of the Communications Module in Spain, a big step forward for the Spanish industry. Airbus in Spain is responsible for the X-band payload, while Thales Alenia Space in Spain is responsible for the UHF and Ka band payloads. Other companies from the Spanish space industry also participate. The UHF payload is a novelty in our country, positioning us at the forefront of the few countries in the world with national systems in the military UHF band.

Both satellites are based on the Eurostar Neo platform, Airbus’ new geostationary telecommunications satellite development, a significant evolution of the successful and highly reliable Eurostar series with a full range of important innovations. The SPAINSAT NG satellites include a fully flexible X-band payload, employing active antennas with in-orbit reconfiguration capability, an integrated digital processor that will interconnect the X- and Ka-band payloads for cross bands, and a service link of Dedicated high speed allowing quick reconfiguration.

The development of SPAINSAT NG is supported by the Spanish Center for the Development of Industrial Technology (CDTI) within the framework of a public-private collaboration between the European Space Agency (ESA) and the satellite operator Hisdesat, called Pacis 3. ESA’s partnership project supports the development and integration of innovative satellite payload elements, such as the reconfigurable X-band transmit and receive active antennas and the drop-down paddle with individually steerable Ka-band antennas. The partnership project will eliminate the risk of partner investments to respond to market needs through the development of a sustainable end-to-end system to in-orbit validation. It will also demonstrate novel sharing and sharing concepts to ultimately provide more affordable, flexible and secure communications services for government users in Europe.

Ground observation
PNOTS (National Satellite Ground Observation Program) was launched in July of 2007, a collaborative effort of the Ministries of Defense and of Industry, Tourism and Commerce.

HISDESAT is the owner and operator of the PAZ satellite, which will offer precise information for multiple applications from its polar orbit around the Earth. The launch of the satellite was entrusted to the rocket Falcon 9 from Space X.
From the start, the manufacture of the Paz satellite gave Spain’s aerospace industry a significant return on the investments made by the companies involved, allowing them to develop new capabilities that improve their competitiveness in the global aerospace marketplace.

It will be able to take over one hundred 1-meter resolution daytime and nighttime images a day in any weather conditions. It covers an area of over 300,000 square kilometers a day. It orbits the Earth fifteen times a day at an altitude of 514 kilometers and a speed of seven kilometers per second. Thanks to its slightly inclined quasi-polar orbit, PAZ covers the entire Earth with an average revisit time of 24 hours. Spain’s National Institute for Aerospace Technology (INTA) is the owner of the ground control services for PAZ.

The PAZ radar satellite, since its launch in February 2018, has been successfully acquiring tens of thousands of images around the world. Although the PAZ images by themselves provide useful information from any point on the earth’s surface, they acquire an important role when they serve as a basis for the implementation of services. The products resulting from derivatives of value-added services contain information that may be relevant to the user at any given time about their area of interest.

Hisdesat has focused its efforts on this line of action since the launch of PAZ, extracting value from images and successfully developing a set of products and services for institutional use. The range of services developed by Hisdesat is extensive and its field of application very diverse, contributing significantly to the Sustainable Development Goals (SDG) promoted by the UN.

For example, the maritime surveillance service attempts to fight against illegal fishing and illicit dumping, contributing to the surveillance and preservation of marine resources. Another example is the alert service for the detection of deforestation and illegal mining, which contributes not only to the preservation of the earth ecosystems, but also to promote sustained economic growth. For its part, the service of land deformation measures in urban areas and infrastructures, makes it possible to guarantee the safety of citizens. Finally, the risk and emergency mapping service makes it possible to assess the impact and scope of a natural catastrophe.

Through these added value services implemented by Hisdesat – and also by its own clients with autonomy to extract information from the PAZ images – it contributes to advancing in the achievement of the SDGs, always trying to improve our environment.

The satellite-based AIS
The satellite-based maritime traffic information system is provided through Spire/exactEarth. The 60 satellites in this constellation receive AIS signals from the vessels that are equipped with this system. The data are then relayed to ground stations, where the information is collated and prepared in accordance with the requirements of the system’s various users. This constellation of satellites will provide an accurate picture of the world’s maritime traffic in real time.

Working from space, AIS compiles static, dynamic and route-related data, identifying ships that are close to the coast and those that are on the high seas. All of this information is available via internet to any computer on Earth, where it can be processed and put to use. Accuracy is an essential element of the AIS. The system can offer details on the vessel’s identity, its location, course, speed, navigational status, destination and cargo, any maneuvers made, draft, length, registry, surf conditions, rocky areas, fuel consumption, etc. This information can be of great use to government, maritime, port and fishing authorities.

In all, ensuring the safety of seagoing vessels is a tangible reality with the AIS satellite-based maritime traffic control system, which can also facilitate search and rescue operations involving persons and vessels. The system thus also fulfills a high-priority humanitarian need.

Another fundamental aspect is environmental protection. The accuracy available with AIS systems, along with the information that the satellite radar can provide, lets us forecast the spread of maritime pollution, foster a respect for the environment and aid in enforcing international protection protocols.

The preservation of the Earth is an objective that we cannot renounce, and having at our disposal mechanisms that can help prevent natural disasters, prevent and monitor pollution of sea, continental and ground water and ultimately ensure the quality of the environment is a huge leap forward in this regard.