A series of indicators have been established that have behaved in accordance with the expectations raised.

A summary of Hisdesat’s environmental performance in 2020 is presented below, based on the annual monitoring of each of the indicators and its comparison with previous years.

Efforts to reduce electricity consumption are especially appreciated since the start of the implementation of the ISO 14001 standard in 2017. Although the variation is not much, there has been a reduction in consumption compared to the last year of electricity per m2 of office, after the increase in office square meters and the introduction of teleworking.

We pay special attention to reducing electricity consumption, since among the objectives for this year of the company were to reduce these consumption. The measures that have been carried out have been of great help to achieve these results.

As a summary, in the following table we also present the annual numerical results of electricity consumption per square meter.

For the rest of the consumption analyzed by the company, a summary table has also been prepared that compares the results obtained during 2020 with the three previous years.

The consumption of paper has been increased by a purchase that was made at the end of 2020 and that will be consumed throughout 2021. As for the rest of the consumption analyzed, fluorescent and toner, they have been reduced compared to consumption from previous years.

In the following graph we can see the constant rise in paper consumption over the last few years. The company has been working for several years to encourage the reduction of the use of paper in its offices. After the measures implemented in 2019, and as can be seen in the graph, that year the company managed to reduce the use of paper by its employees and in 2020 it increased slightly again due to the aforementioned purchase. However, a 2021 goal has been proposed to reduce paper consumption. 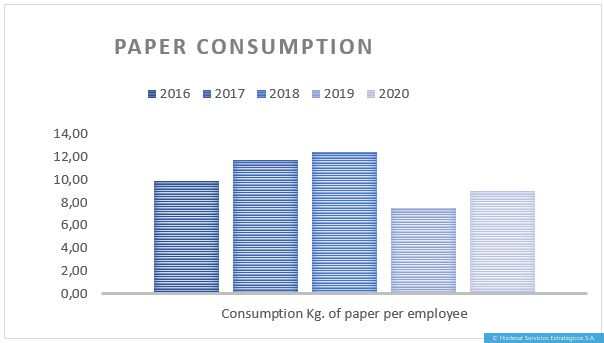 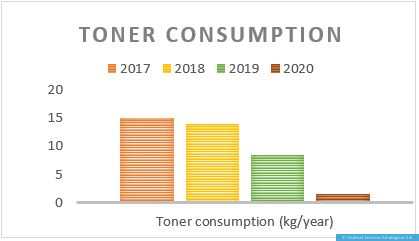 As we can see in the table, the amounts of waste generated throughout 2020 remain quite stable since last year. Small variations that do not generate any type of alarm. Except fluorescent recycling. This increase is due to the fact that the building’s lighting has been changed, replacing the fluorescent ones with LED lights, thus generating all the waste from the replacement.

Below, we graphically show the volumes of recycled waste in comparison with previous years: 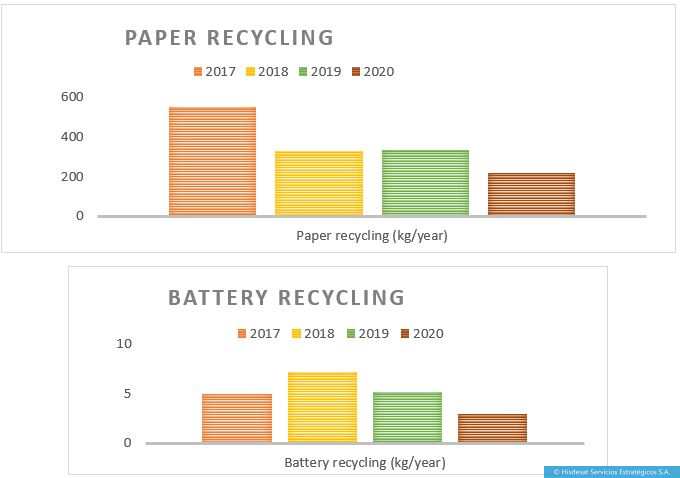 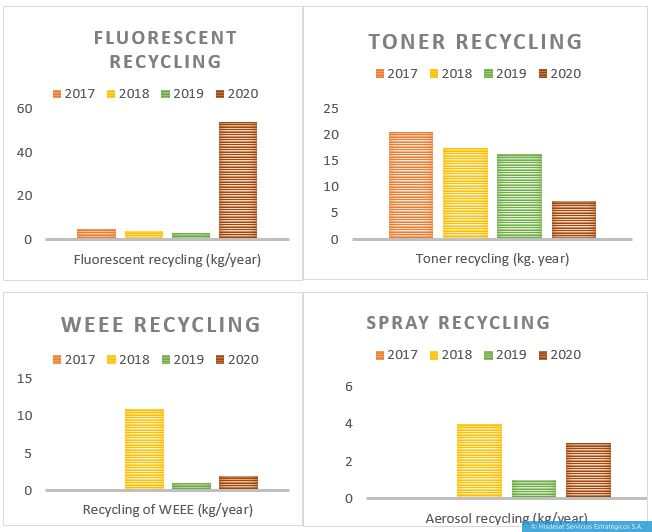 By 2021 the objective in environmental matters is the reduction by 10% of the consumption of paper in the office. This consumption will be measured in Kg /employee.