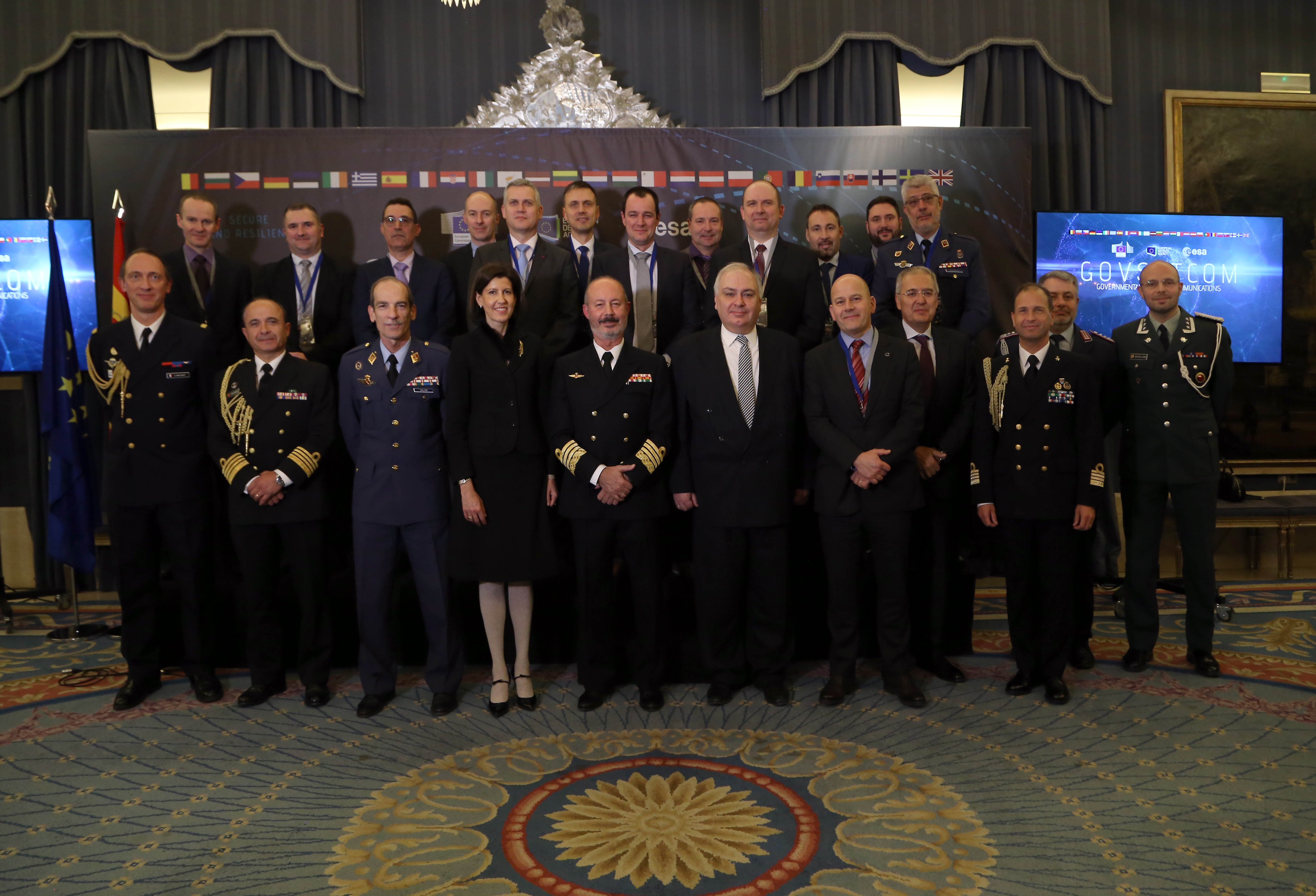 Madrid (Spain), January 16, 2019.- Yesterday was held in Madrid, at the headquarters of the Ministry of Defense, the meeting to start the demo phase of the Govsatcom Pooling and Sharing Program of the European Defense Agency (EDA). Oriented to provide Government Satellite Communications capabilities (GOVSATCOM) to the Member States of EDA and to the members of the Common Security and Defense Policy of the European Union (CSDP by its acronym in English), brings together the government resources of communications satellite systems of the participating nations.

Spain, under the leadership of the Ministry of Defence and with the collaboration of Hisdesat, has been the leading nation in the previous phase of the project (Viability Study of GOVSATCOM) and is once again the leading nation in the GOVSATCOM Demonstration Phase that begins at from this moment and will have an expected duration of two years. To date, 23 countries have adhered to the project agreement and it is expected to be able to evaluate the results after two years of operation.
Satellite communications have become key elements for defense, security, emergency response, humanitarian and diplomatic tasks in remote and austere environments with little or no infrastructure, giving global connectivity the performance of a role strategic and crucial.

In this scenario, GOVSATCOM supposes a new collaboration not only between the military and civilian actors, but also with the Industry, to contribute better to boost the competitiveness of Europe in the aforementioned area of Security and Defense. More information at: https://www.eda.europa.eu/what-we-do/activities/activities-search/governmental-satellite-communications-(govsatcom)