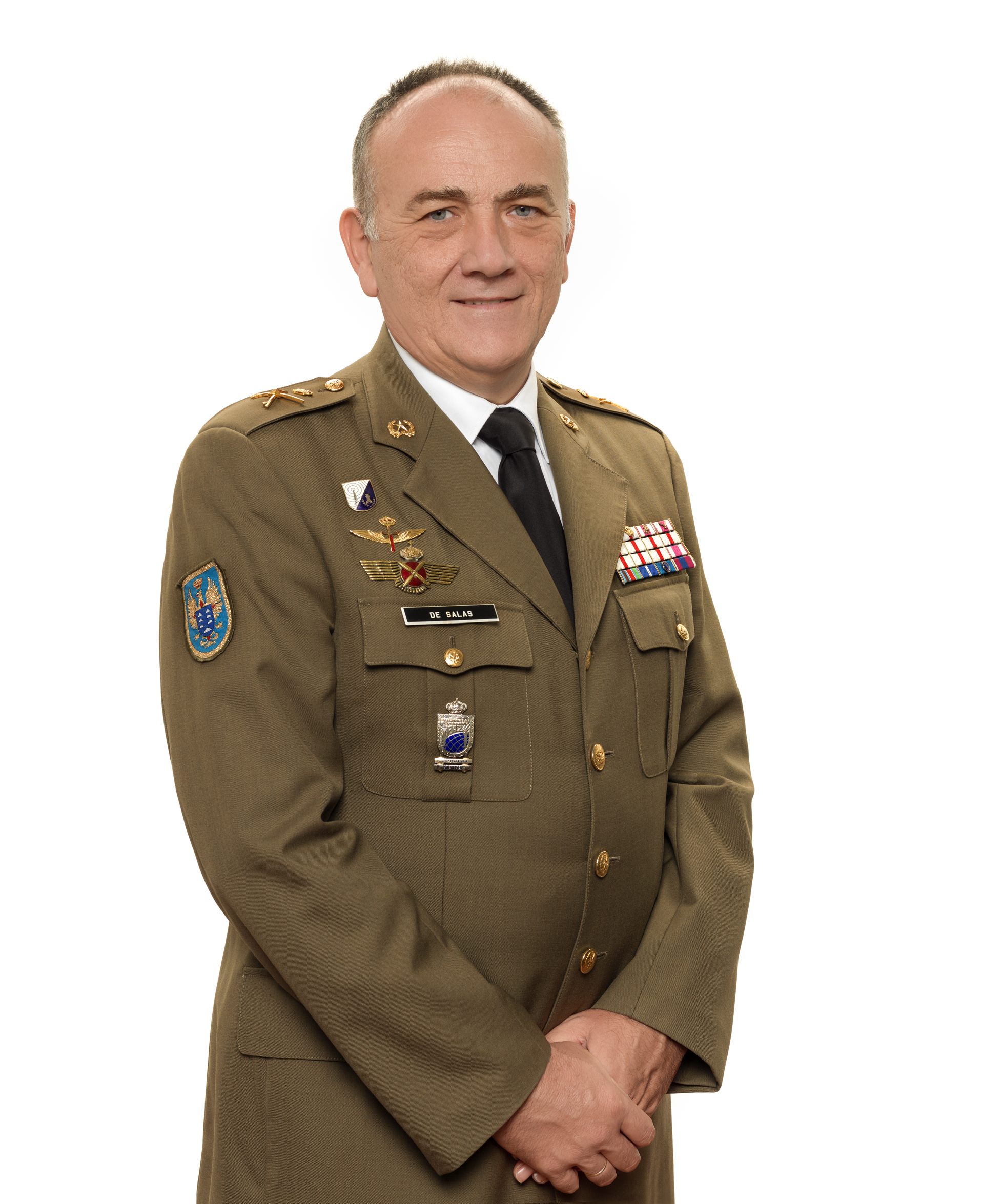 Madrid, June 8, 2020.- Brigadier General Carlos De Salas, until his retirement, Head of C4ISR Systems and Space Programs of the General Directorate of Armament and Material (DGAM), has just joined the government services operator for satellite, Hisdesat, to lead the company’s strategy and institutional relations. This man from Zaragoza brings extensive experience in the field of government space systems and programs, both nationally and internationally.

His arrival at Hisdesat represents a continuity in the close collaboration relationship in different programs that the operator already had with the Ministry of Defense and taking on new challenges for the successful achievement of programs such as the new generation of satellites, SPAINSAT NG.

Carlos de Salas entered the Spanish Army as an officer of the Engineers Weapon. After numerous courses and command assignments in Engineer Units and as a Helicopter Pilot in FAMET Units and missions abroad, in 1989, he graduated from the ET General Staff School and was assigned to the Operations and later to the Cabinet of the Chief of EM of the ET, being in 1998-2001 nominated as the first Spanish Liaison Officer in the US Army Combined Arms Center (USA).

Promoted to Colonel by selection, he is appointed Chief of the Strategy Section- EMACON where he coordinates the drafting of the Spanish Military Strategy that will be approved by the Government and in 2004 is appointed Chief of Communications (G6 / ACOS-CIS) of the CG Terrestre de Alta Availability of NATO Betera (Valencia). During 2005 and 2006 he commands the RT21 Tactical Transmissions Regiment and the Almirante de Marines General Base (Valencia). In 2007 he was commissioned as Chief J4 LOGISTICA and Spanish senior at CG KFOR (Kosovo), after which he joined as Chief CIS (Communications Information Systems) and Technical Assistance of DIVOPE – EME (Madrid).

In 2008 he was promoted by selection to Brigadier General and was appointed Chief of the General Staff of the Canary Islands Command (JEM MCANA) and after his transfer to the reserve he was appointed Deputy Director of Programs of the ET Logistics Support Command and later General Chief Systems Officer of the C4ISR and DGAM Space programs, a position he held until his retirement by age.

During his professional life he has received numerous national as well as international military and civil decorations (ie: UNPROFOR of the UN, KFOR- NATO Balkans, medal of the Meritorious Service of the USA, medal of the National Defense of France, among others. Caballero de San Jorge (Gerona) and Professor at the Society for International Studies (Madrid) is married and has two sons.