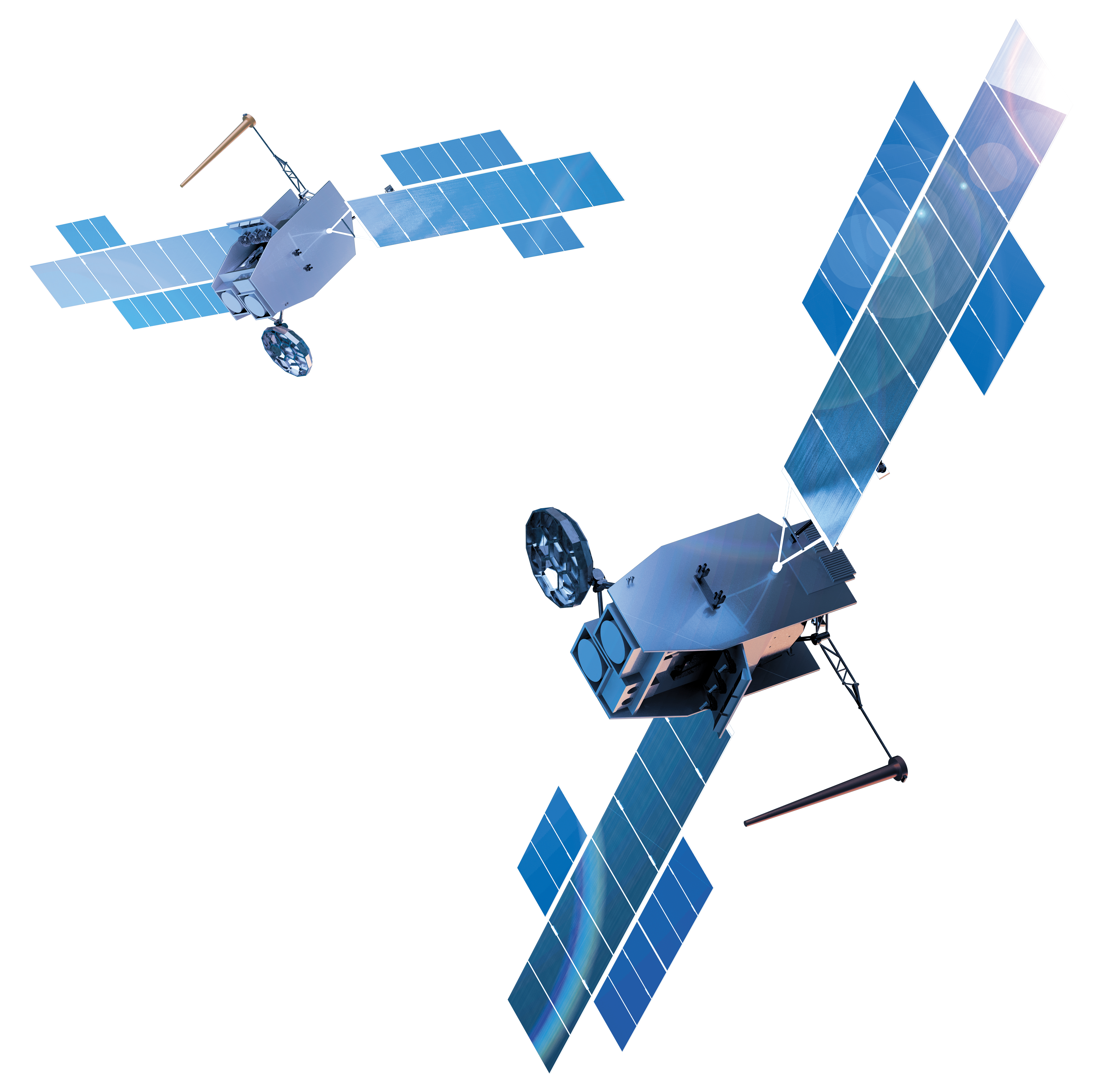 • Secure communications, Galileo, Earth Observation and SST structure are the significant proposal of several companies to boost space capabilities within the framework of European Security and Defence.

Madrid (Spain), May 29, 2019 – Under the umbrella of GOVSATCOM, the stand C05 of FEINDEF will gather (from May 29 to 31) initiatives that combine the collaboration of military and civil actors with industry, with the aim of boosting the competitiveness of Europe in the space field of Security and Defence. From Secure Communications, through developments in the field of navigation or Earth observation, and Surveillance of Space, the GOVSATCOM stand is the showcase of the space capabilities for which the Spanish Ministry of Defence is betting.

Under the leadership of the Ministry of Defence and with the collaboration of Hisdesat, the SPAINSAT NG Program will be presented, consisting of two satellites, SPAINSAT NG I and II, which will be located in two different orbital positions (30ºW-29ºE) and will operate in X bands, Military Ka and UHF. SPAINSAT NG represents the state of the art of European space technology in the service of defence and security. The SPAINSAT NG system will provide coverage of an extensive global area that covers from the United States and South America, to the Middle East, including Africa and Europe and reaching Singapore in the Asian continent, becoming the partner in the international deployments of the allied countries.

The development of SPAINSAT NG has the support of the Spanish Ministry of Industry, Tourism and Trade, as well as the Center for Industrial Technological Development (CDTI) within the framework of a public-private agreement between the European Space Agency (ESA) and the operator, Hisdesat.

A leading consortium of four companies formed by Airbus in Spain and France and Thales Alenia Space, in both countries also, has been selected by Hisdesat for the manufacture of two SPAINSAT NG satellites of governmental communications that will replace the current ones in orbit, SpainSAT and Xtar -EUR. Airbus will act as the leading partner of the aforementioned consortium.

The Spanish Industry will provide the communications payloads of both satellites, including the integration of the Communications Module in Spain, which means a great step. Airbus in Spain will be responsible for the payload in X-band, while Thales Alenia Space in Spain will be responsible for the loads in the UHF and Ka military bands. Other space companies from our country will also be involved.

UHF band communications represent a new capacity that was not available in the current SpainSAT fleet. Both satellites will offer redundancy in areas of interest to the Spanish Armed Forces, will incorporate advanced protection technologies against interference attempts (anti-jamming) and impersonation (anti-spoofing), and will be reinforced and protected against nuclear phenomena at high altitude.

The satellites will be based on the Eurostar Neo platform, the new product for Airbus geostationary telecommunications satellites.

Hisdesat’s PAZ satellite, operational since September 2018, will also be present at the stand, showing a wide range of applications framed in the areas of: defence and security, environmental monitoring, risks and emergencies, urban planning, civil engineering and infrastructure, cartography and maritime surveillance.

Galileo
The multinational technology company GMV will also be present at the stand as the winner of a major contract with the European Space Agency (ESA) for the maintenance and evolution of the Galileo Ground Control Segment (GCS), the global system of European satellite navigation, authentic flagship of the growing space activity of the European Union.
GMV leads an industrial team made up of several European companies, where GMV and the Spanish industry play an essential role. In fact, about 60% of the work is carried out by Spanish companies, as a whole the project will employ around 200 people, more than 100 of them from GMV.

The Ground Control Segment is responsible for the monitoring of the Galileo constellation as a whole and includes all the elements necessary for this purpose: the control center, the orbital dynamics system, the mission planning, the operations support, simulation tools, key management, network security, monitoring stations, remote control and telecontrol (TT & C) and the connection network between all the elements. The GCS has a main operations center, located in Oberpfaffenhofen (Germany), and a backup center, located in Fuccino (Italy), as well as the various monitoring stations distributed worldwide.

SST
The company Indra will teach the capabilities of the surveillance radar for SST applications (European Monitoring and Monitoring System), installed, in a first phase of its deployment, at the Air Base of Morón de la Frontera (Seville) and which has the support of the CDTI (Technological and Industrial Development Center).

This program is essential due to the important and growing space assets of the European Union and the need to guarantee its security. The dual nature of this asset is of interest not only in the protection of satellites and infrastructures in orbit, but also in other missions of interest for the defence and space surveillance tasks, also pushing intelligence and extending the Air Defence scenario to the orbits close to the Earth.