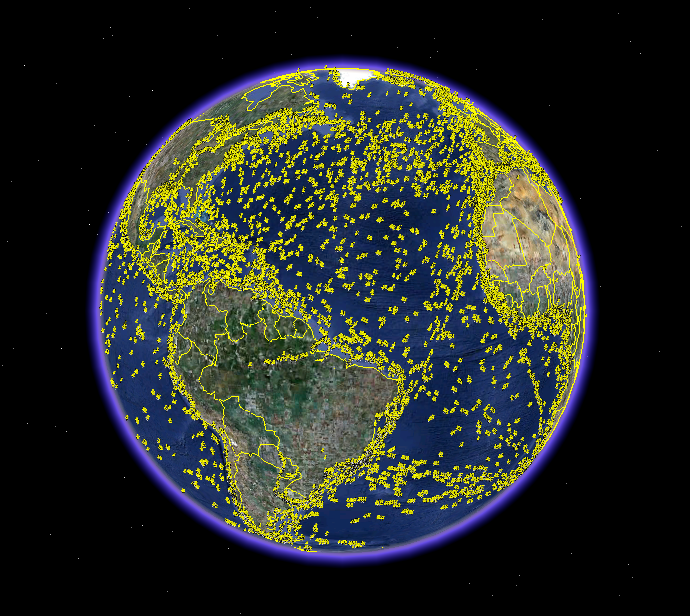 Cambridge, ON- December 13, 2012— exactEarth Ltd., the leading provider of satellite AIS data services, today announced that it has continued to achieve significant growth during its 2012 Fiscal Year, ending October 31st 2012. exactEarth uses an advanced satellite constellation and proprietary processing technology to deliver unprecedented maritime detection capabilities to its growing customer base.  Revenues for exactAIS®, its global vessel tracking and monitoring system, doubled during fiscal year 2012 to $9.7 million, with bookings also climbing to $13.6 million*.  exactEarth now delivers close to 100 million AIS messages per day to a growing customer base that has more than doubled over the fiscal year to over 50 customers across 5 continents.

exactEarth also received upgrades and renewals from Government and commercial customers globally, as exactAIS data continued to play an integral role in various maritime applications such as Fisheries Protection, Transportation and Logistics, Environmental Preservation, Vessel Traffic Management as well as Maritime Surveillance and Security and Search and Rescue Operations. In addition through its partnership with VesselTracker GmbH, exactEarth data is now increasingly being used across the commercial shipping world by Port Authorities, Ship Owners, Brokers and Fleet Managers.

Peter Mabson, President of exactEarth, commented: “We are obviously delighted to see such growth over the last 12 months and this confirms our belief that the benefit of our exactAIS service is now being realized across an ever-wider maritime market.  With the continued expansion of both our in-orbit and ground station capabilities next year, building on our recent successful launch of the first of our next generation of AIS satellites, our service will continue to improve and the value to our customers increase.  Our service now provides the highest global ship detection rates of any satellite-based AIS system with our patented processing technology also delivering ground-breaking results for positive identifications within a single satellite pass and in areas of dense maritime traffic.  Our strengthening partnerships, highlighted by our relationship with VesselTracker, and our plans for simple web services delivery will allow this service to be delivered to a wider audience which we see as key to sustaining this impressive growth moving ahead.”